The Purpose of Wasps and How to Avoid Getting Stung

Most people think of wasps as evil insects that will sting you for no reason, and that wasps have no purpose other than hurting people. This is not the case. Most wasps will only sting if they feel threatened or annoyed. Wasp stings can be incredibly painful and even deadly to those who are allergic. What’s even worse is they don’t die after they are stung, unlike bees. It takes a lot to aggravate a bee to the point where it will sting you, but with wasps, it doesn’t take much.

Believe it or not, however, wasps have a purpose other than bothering humans. They are actually incredibly beneficial to the environment.

The Actual Purpose of Wasps

Wasps are useful for two main reasons. The first one is that they are great pollinators. They are attracted to the sweet nectar in the flowers, as well as fruit juices. The second reason that wasps are useful is pest control. Wasps are carnivorous and feed on other insects. Without wasps, our gardens would be crowded with small insects and pests. Wasps bite and sting their prey. This is the only time that wasps offensively sting or bite. Wasps only bite their prey and not humans, so we only have to worry about getting stung. They truly do have a purpose other than stinging people.

How to Avoid a Wasp Encounter

Wasps are attracted to fruit juices, sweet perfumes, and drinks such as soda or juice. If you want to avoid a wasp encounter, avoid sweet perfumes and put a lid on your sweet drinks.

Wasps are repelled by the scent of peppermint. A few drops of peppermint essential oil in some water makes a great repellent. In fact, this repellent is enough to drive them out of their nests, although I don’t recommend spraying a wasp nest with it. A couple sprays of this remedy will repel wasps and prevent you from getting stung.

Wasp stings can be incredibly painful. A sting can start out looking like a small dot of blood which is easily brushed away. After a little while the poison left behind from the sting will cause the area to turn red and swell. The area around the sting becomes incredibly painful to the touch. If you are allergic to it’s best to seek medical attention right away. Clean the bite and take some painkillers to help ease the pain.

Inside a Wasp’s Nest

Wasps construct their nests in soil, trees, roof spaces, and cavities in walls. The female wasps are the workers, taking care of the eggs and protecting the nest. Males wasps exist for breeding purposes and they don’t have stingers.

Similar to bees, wasps have a queen. The queen starts a new nest each year, after she wakes up from hibernation. The queen lays all they eggs, just like a queen bee. When building a nest, wasps manufacture a paper-like material using wood fibers which the wasps chew and mix with their saliva. Wasps nests can be incredible to admire from afar, but don’t get too close unless you want to be attacked by a swarm of 3,000 to 5,000 wasps.

In conclusion, wasps are useful for pest control and pollination. They only sting if they feel threatened, attacked or aggravated. Make sure you keep a lid on your sweet drinks to avoid attracting wasps and avoid getting stung.

Denobis Briefs are a summary of the upcoming events, updated whenever the editor remembers.

Denobis is curating a quotes bar. If you have any inspiring, seasonal/relevant, or just amusing quotes, send them to malayna.west@student.tricityprep.org and make sure to tell me who you’re quoting! 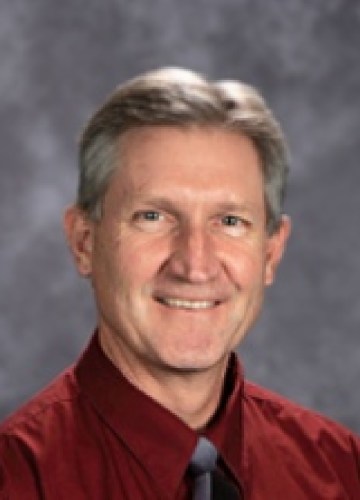