Theme Parks… the best places to find happiness, yummy food and that tall scary roller coaster you’ve always wanted to ride! Theme parks bring people from all ages all around the world! Did I mention the yummy food? Everyone has their own personal rankings on the best theme parks and I’d like to put my opinion out there based on attraction and food.

Disney alone is a huge chain in the states with parks across the globe. For now, we’ll stick to the states. These parks are located opposite of each other; one in the western part of the United states (Disney land) and the other (Walt Disney World) in the southern part. These theme parks are imagined to be set on a stage where the employees are “cast members” not employees!! Once you enter all the magic comes to life, being shrunk down small enough to meet tinker bell or trying to find Baby Yoda. I think this is a very interesting concept for a theme park! Moving onto the food, the parks supply the most creative foods and deserts. Including, Mickey waffles, Dole Whip, Turkey legs, Blue Milk, spicy churros, and the list goes on! They are very creative and made with ingredients that taste homemade! These parks are amazing, I have no words to express my love for them.

Universal is just as magical as other parks! Universal has many lands in one; such as, Harry Potter World, Universal City Walk, The Simpsons, etc. The parks are definitely unique that goes for rides and food. Harry Potter world definitely has amazing food and drinks such as butter beer! Just like in the books and movies. During holidays such as Halloween they have after hour park hours where guests can visit the spooky park with employees running around in costume! The best ride (in my opinion) is “Revenge of the Mummy.” It’s so action packed and a thriller. The place really gives you the heebie-jeebies. Although, to finish it off, the food at Universal is like carnival food but it’s definitely not as unique as Disney.

I know I know… there’s a lot of controversy with this park whether or not the animals are hurt or abused mentally and such. I ranked this one last since they do have yummy food but it’s not as creative. I went to Sea World last summer and it was difficult to adapt since it was kind of dirty and the options were limited. Although it was a fun experience they could add some major refurbishments. This goes for rides too. My favorite coaster there was Manta and Ship Wreck Rapids. The experience was phenomenal! It was fun and amazing as well as the food. The rides were definitely unique. Some don’t have safety handles which gives it a suspense and some don’t recommend you having your phone! There was a lot of broken phones on that ride… In sum, I do love this park although I recommend some refurbishments.

Denobis Briefs are a summary of the upcoming events, updated whenever the editor remembers.

Denobis is curating a quotes bar. If you have any inspiring, seasonal/relevant, or just amusing quotes, send them to haley.lynch@student.tricityprep.org and make sure to tell me who you’re quoting! 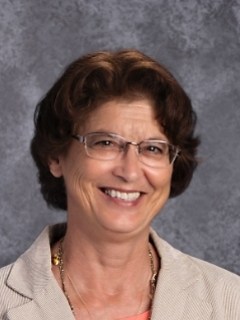